The increased fighting between the Myanmar Armed Forces (Tatmadaw Kyi) and various armed groups, including the Arakan Army, the Kachin Independence Army, and the Ta’ang National Liberation Army, caused civilian casualties and large-scale displacement in Rakhine, Southern Chin, Northern Shan and Kachin States. While the contexts of each state and conflict vary, sexual violence is an unfortunate common thread. Global awareness of CRSV in Myanmar was brought to the forefront in late 2017, as over 700,000 Rohingya fled from Rakhine State. Women, girls and boys remain at risk of trafficking, especially from Northern Shan and Kachin state, and from refugee camps in Bangladesh. Risks of forced marriage, forced pregnancy, commercial sexual exploitation, detention and forced labour are common amongst women and girls living in internally displaced persons (IDPs) camps and conflict-affected areas. This is compounded by harsh conditions and a lack of livelihood and economic opportunities. The situation is worsened by severe restrictions imposed by the authorities on humanitarian actors mandated to provide life-saving assistance to affected populations.

The project resulted in improved access to services for survivors of sexual violence, with a focus on mental and physical health services, through enhancing the capacities of governmental and non-governmental service providers. Second, the project improved awareness around accountability of CRSV with service providers and with women, girls, men and boys at the community level. The project also had limited but notable success in strengthening understanding of CRSV and accountability with some security actors through training and awareness raising sessions. 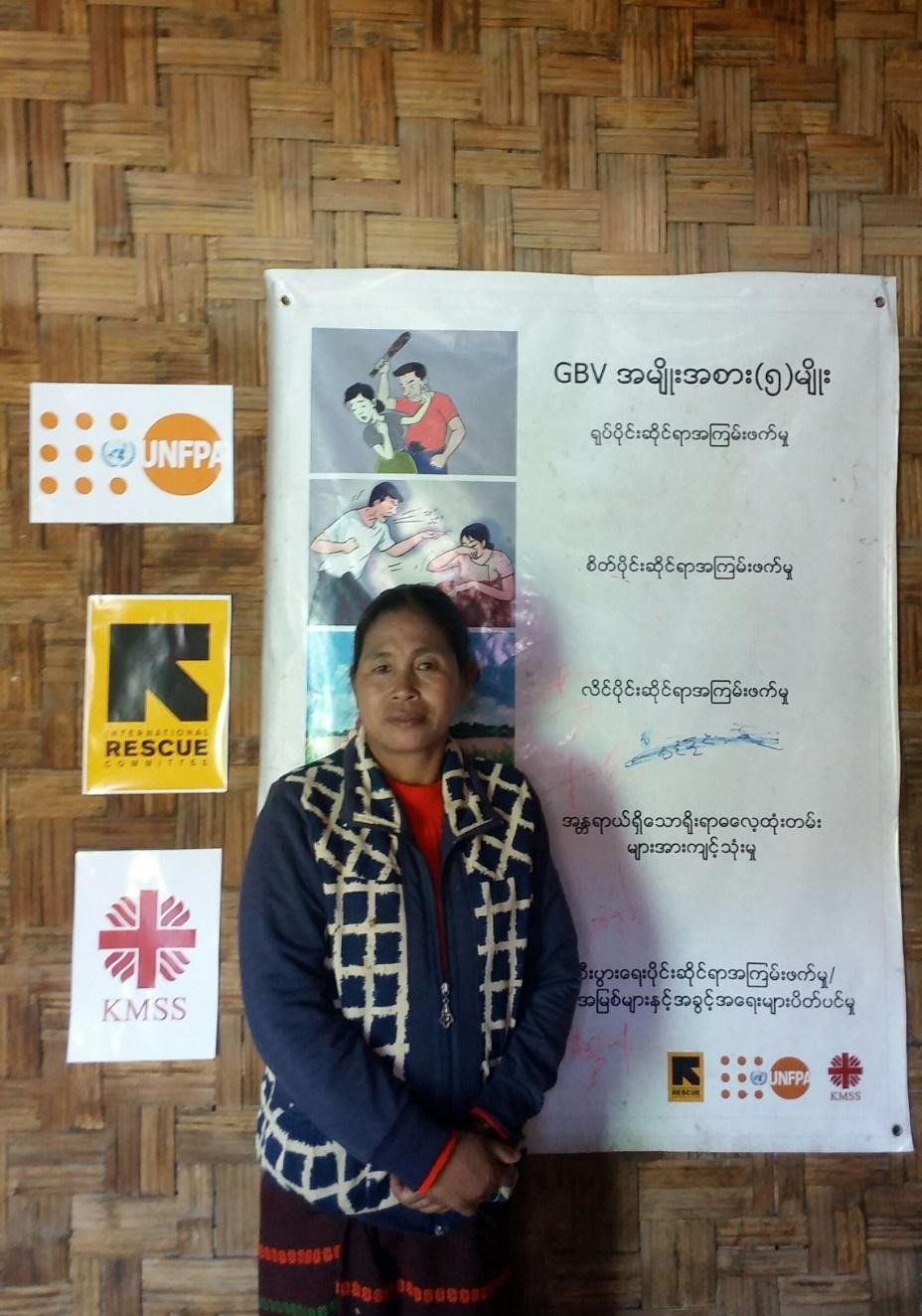 For more information on this project, please go to UNA059

With the aim to empower and mobilise crisis-affected women in Kachin State as leaders and enable them to benefit from and strengthen protection services, response, prevention and reintegration efforts for human trafficking, the Myanmar Police Forces officers were trained, and community dialogues were developed. Local partners were supported to provide required referral services including psychosocial and legal support. The project supported the economic empowerment of 155 crisis-affected women through the provision of artisan skills, business training and start-up capital and supported community-based protection mechanisms through basic training and trainings of trainers for 48 community mobilisers. At the end of the project mobilisers had gained the skills to serve as first responders in emergencies, lead awareness raising sessions, and provide referrals for required services. 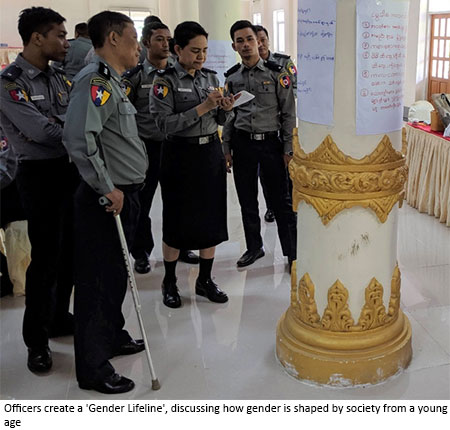 For more information on this project, please go to UNA063

Joint Communiqué of the Republic of the Union of Myanmar and the United Nations on Prevention and Response to Conflict-Related Sexual Violence, signed in September 2018