About UN Action and what we do against CRSV

What is Conflict-Related Sexual Violence?

Though widely regarded as “war’s oldest crime”, sexual violence is still a grim reality in today’s conflicts. Conflict-related rape, sexual slavery, forced prostitution, forced pregnancy, forced abortion, enforced sterilization, forced marriage, and any other form of sexual violence of comparable gravity were reported in at least 19 countries last year. Perpetrators are often affiliated with a State or non-State armed group, which includes terrorist entities or networks. Victims and survivors are frequently of a persecuted political, ethnic or religious minority group, or targeted on the basis of actual or perceived sexual orientation or gender identity.

In 2008, the Security Council adopted the first binding resolutions on the issue (SCR 1820) and in subsequent years, created the mandate of the Special-Representative on Sexual Violence in Conflict, started deploying Women Protection Advisers to Peace Operations, and repeatedly called on the United Nations system to work together on addressing conflict-related sexual violence (CRSV), primarily through the United Nations Actions against sexual violence in conflict network. The adoption of resolution 2467 in 2019 started a new decade of action and turning resolutions into solutions for survivors and vulnerable populations.

What is UN Action?

UN Action Against Sexual Violence in Conflict (UN Action) is a network of 15 UN entities, united with the goal of ending sexual violence during and in the wake of armed conflict. Working as one UN, the UN Action aims to:

Meet the needs of survivors of sexual violence

UN Action is chaired by the SRSG on Sexual Violence in Conflict (SRSG-SVC), supported by a Secretariat, located in the OSRSG-SVC, and governed by a Steering Committee consisting of Principals from the 15 UN system entities. Further information on the OSRSG-SVC can be found at https://www.un.org/sexualviolenceinconflict/.

UN Entity for Gender Equality and the Empowerment of Women

UN Office for the Coordination of Humanitarian Affairs 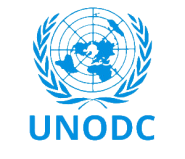 UN Office on Drugs and Crime 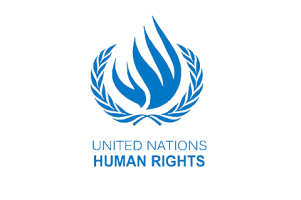 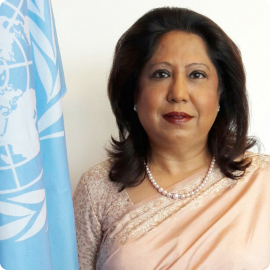 SRSG on Sexual Violence in Conflict

Under-Secretary-General Pramila Patten was appointed as the United Nations Special Representative of the Secretary-General on Sexual Violence in Conflict on 12 April 2017. Prior to this appointment and since 2003, Ms. Patten served as a member of the Committee on the Elimination of all Forms of Discrimination against Women (CEDAW). She was the Chairperson of […] read bio

Under-Secretary-General Pramila Patten was appointed as the United Nations Special Representative of the Secretary-General on Sexual Violence in Conflict on 12 April 2017. Prior to this appointment and since 2003, Ms. Patten served as a member of the Committee on the Elimination of all Forms of Discrimination against Women (CEDAW). She was the Chairperson of the Working Group on General Recommendation No. 30 on “Women in Conflict Prevention, Conflict and Post-Conflict situations”. She has been a member of several High-Level Panels and Projects, including the High-Level Advisory Group for the Global Study on the Implementation of UN Security Council resolution 1325 (2000) on Women, Peace and Security, and the Advisory Panel for the African Women’s Rights Observatory (AWRO) within the United Nations Economic Commission for Africa (ECA). She previously was a Commissioner of the International Commission of Inquiry into the massacre in Guinea Conakry on 28 September 2009. A national of Mauritius, she has been a practicing lawyer since 1982 and a member of the Honourable Society of Gray’s Inn.

Staff of the UN Action Secretariat 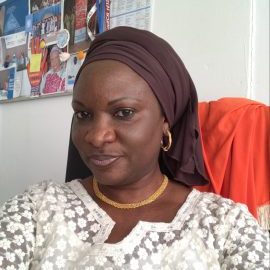 Ms. Bernadette Sene holds a PhD in International Law from the University René Descartes-Paris V, France. She has more than 18 years’ experience working on peacekeeping and humanitarian settings with 14 years in peacekeeping missions: MINUSMA in Mali as Senior Women’s Protection Advisor (2014-2019). Before that Bernadette occupied Child Protection Advisor Positions in several peacekeeping missions from 2013 to June 2019:  MINUSTAH in Haiti from September 2010 to December 2013, BINUB in Burundi from March 2008 to September 2010 and MONUC, in the Democratic Republic of Congo.  Bernadette started with the UN as a volunteer then a Child Protection consultant in UNICEF Malawi from August 2002 to May 2004. Bernadette brings to UN Action a rich experience of working with UN agencies in coordinating the monitoring, analysis and reporting arrangements (MARA) on conflict related sexual violence and the monitoring and reporting mechanism on the 6 grave child rights violations (MRM) in all the missions she worked as SWPA and CPA. 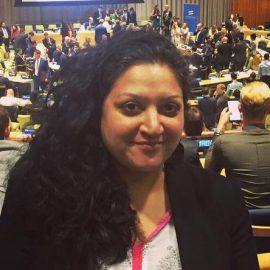 Fareen Walji joined the UN Action Secretariat in 2019. She has previously worked with or read bio

Fareen Walji joined the UN Action Secretariat in 2019. She has previously worked with or consulted for UN Women, UNFPA, UNDP and the WHO, as well as academic institutions, feminist funds and grassroots human rights organizations across Africa, and the Asia – Pacific regions in both humanitarian and development contexts. She has a special interest in gender equality, inclusion, and the rights of people with disabilities, LGBT communities and other historically excluded groups. She holds a B.A in Political Science, an M.A in Development Studies and an M.Sc in Women’s Health. 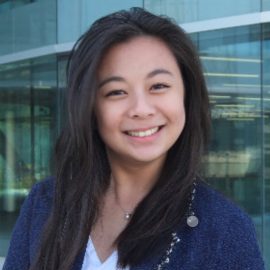 Fukumi is an Associate Expert, Junior Professional Officer with the UN Action Secretariat. She has read bio

Fukumi is an Associate Expert, Junior Professional Officer with the UN Action Secretariat. She has worked in the conflict and development space with UN Women, Search for Common Ground, and the Kofi Annan Foundation. Her professional interests include human trafficking, electoral integrity, and human rights with a focus on gender. Fukumi holds a B.A. in History, French, and Film Studies from the University of Rochester and an M.A in Conflict and Development from the Graduate Institute Geneva 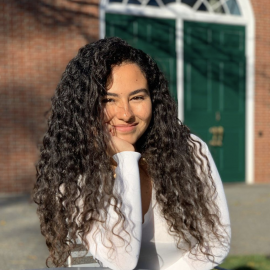 Arwa is a political affairs intern with the UN Action Secretariat. She is a recent read bio

Arwa is a political affairs intern with the UN Action Secretariat. She is a recent graduate of the University of Michigan where she received a bachelor's degree in Public Policy with a focus on the role of International Relations and Human Rights in Conflict Stabilization. She has spent the summers between her studies in fellowships that have allowed her to complete research and analysis on the impacts of anti-trafficking policies on survivors in Kolkata, India and Seoul, South Korea. Arwa has experience as a community organizer, primarily working around Palestinian human rights causes and equitable representation of MENA students in academic spaces. She is very passionate about cultural shifts in the spheres of prevention, justice, and accountability regarding gender-based violence 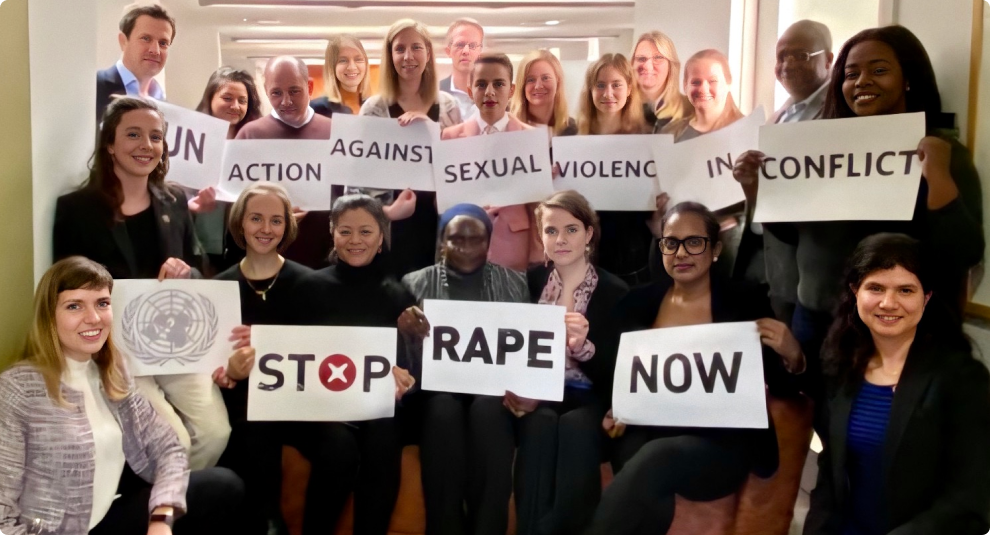 Survivors and at-risk groups are supported and protected and CRSV risks are prevented and mitigated. Comprehensive and multisectoral assistance, including medical, psychosocial, safety/security, livelihoods and justice services are available and accessible. CRSV prevention and risk mitigation measures are implemented in a survivor-centred manner, including through strategies and plans to implement the Joint Communiqués.

Strengthening the capacity of duty-bearers and decision-makers to take action to address risks and root causes of CRSV and to promote compliance and accountability (global and national levels) by increasing joint and sustained advocacy as well as strengthening the technical expertise of institutional, operational, national and other key actors.

Advancing the implementation of the CRSV/WPS agenda in conflict prevention/resolution peacekeeping, peacebuilding, humanitarian and development process by developing guidance, policies and tools to fill gaps in knowledge, practices, and advocacy and technical expertise. These guidance, policies and tools are shared within the UN Action network and other relevant actors.

UN Action is funded completely from voluntary, extra-budgetary contributions by donors to the Conflict-Related Sexual Violence Multi-Partner Trust Fund (CRSV-MPTF). Funding from the CRSV-MPTF not only supports the functioning of the network, it also supports the joint projects of UN Action in the field, which directly benefit survivors and people at risk of CRSV. Since 2009 UN Action has supported over 50 projects in over 16 countries.

Channelling funding to the CRSV-MPTF allows UN Action to undertake activities in the areas of prevention of CRSV (incl. through addressing its root causes), protection, provision of multi-sectoral services for survivors, building capacities of national institutions, developing guidance and ensuring safe and ethical data collection and analysis – all covered by UN Action’s strategic framework. UN Action and survivors of CRSV benefit from streamlined programming, strengthened governance and financial management systems, and standardized donor reporting. Member States and other partners can contribute to the CRSV-MPTF. More information on the fund as well as relevant project documents can be found at the website of the MPTF Gateway http://mptf.undp.org/factsheet/fund/CSV00 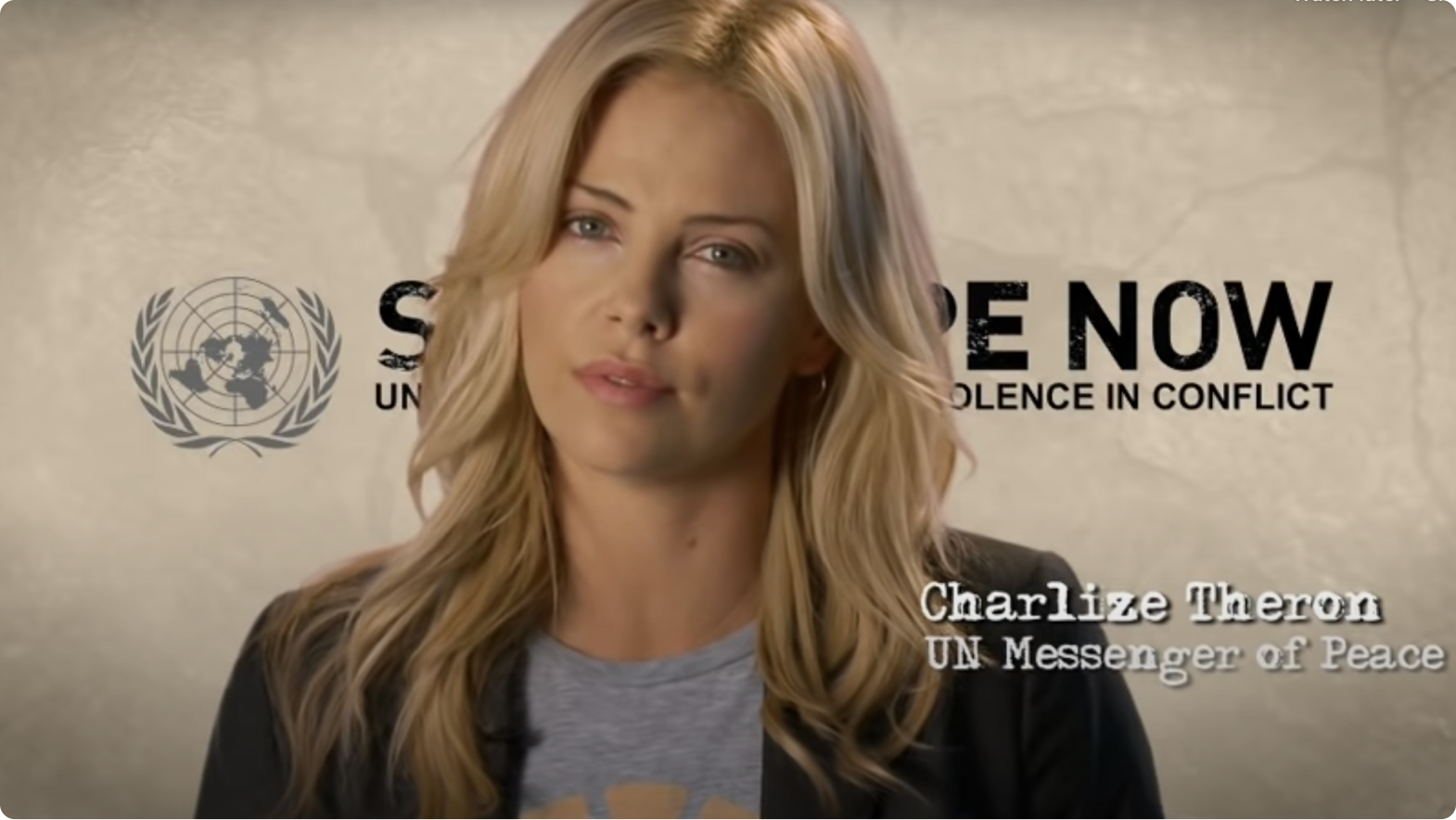 UN Action is generously supported by 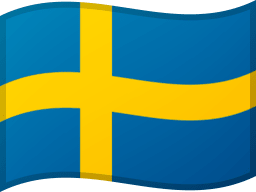 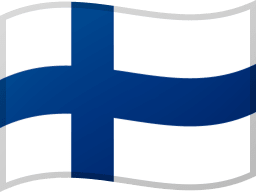 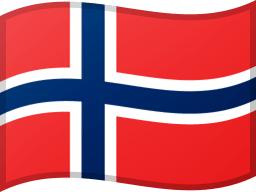 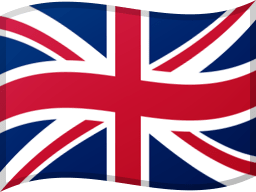 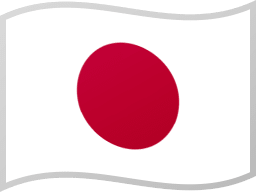 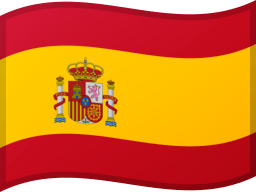 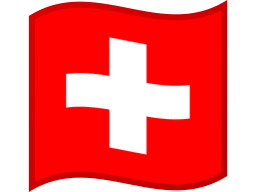 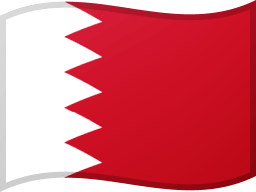 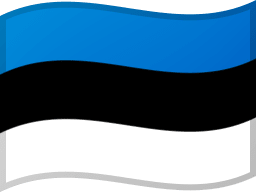